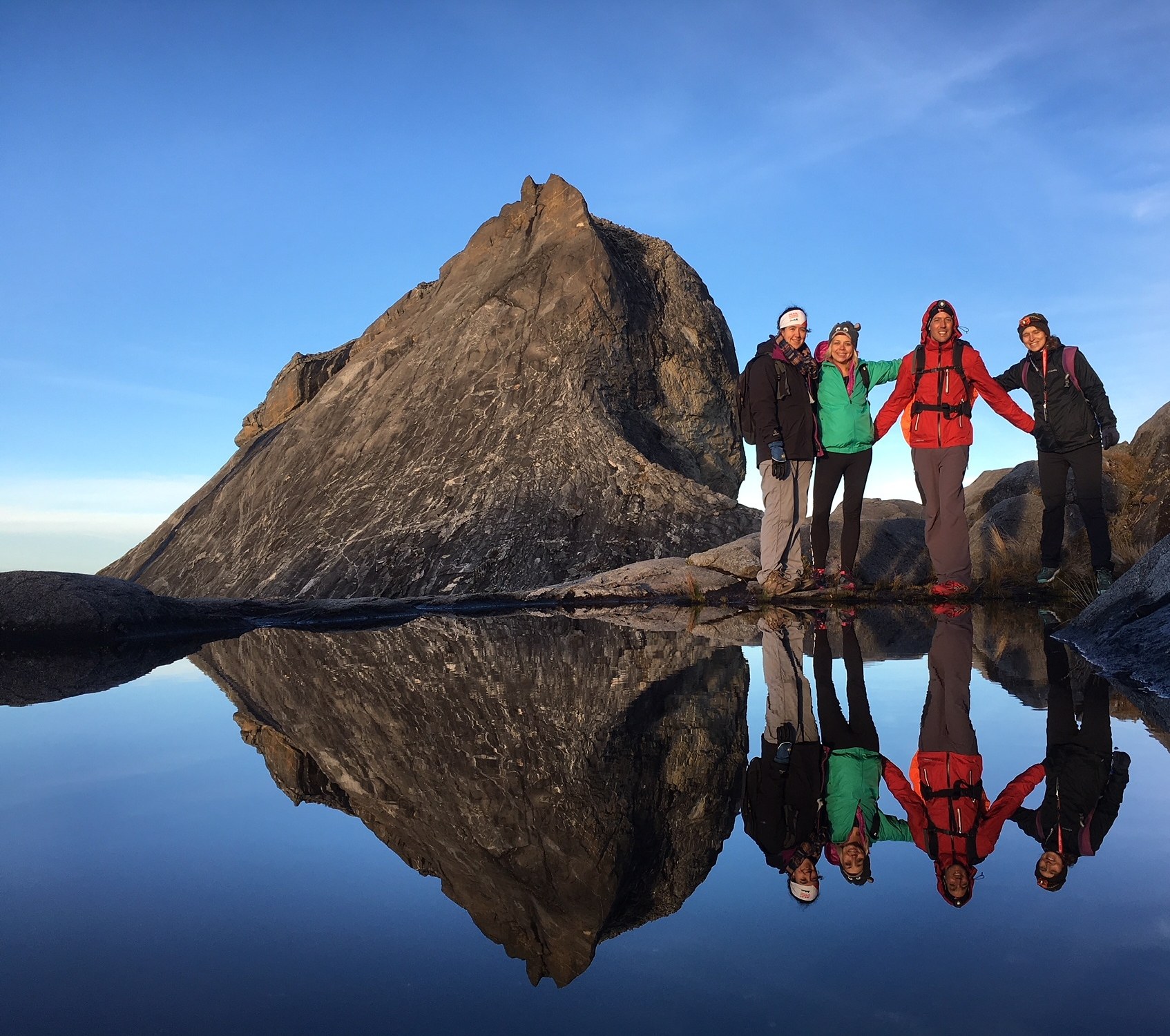 Those of you who know me will know that I love to climb a mountain, or anything really. If it can be climbed then I’ll try and get to the top. Obviously when I moved to Malaysia climbing the highest mountain was high on the agenda. I remember telling Jerry that I was going to climb Kinabalu this Easter and he said “fuck that”. This trip has been the first thing I’ve done for myself since January 3rd, it wasn’t connected to Jerry it was just something that I wanted to do. I’ve struggled with that.

We decided to use Amazing Borneo to book our trip. You can’t climb without a guide and they sort out your accommodation and food. It’s not cheap with a higher price for tourists as usual but it’s a once in a life time experience. We opted to include the Low’s Peak Via Ferrata so our climb consisted of one day of 5 hours hiking and then 16 hours on the second day! Needless to say it was a physical and mental challenge.

The first day was pretty uneventful. 6km up to the mountain huts. The main issue was that it rained and we got absolutely soaked and cold. 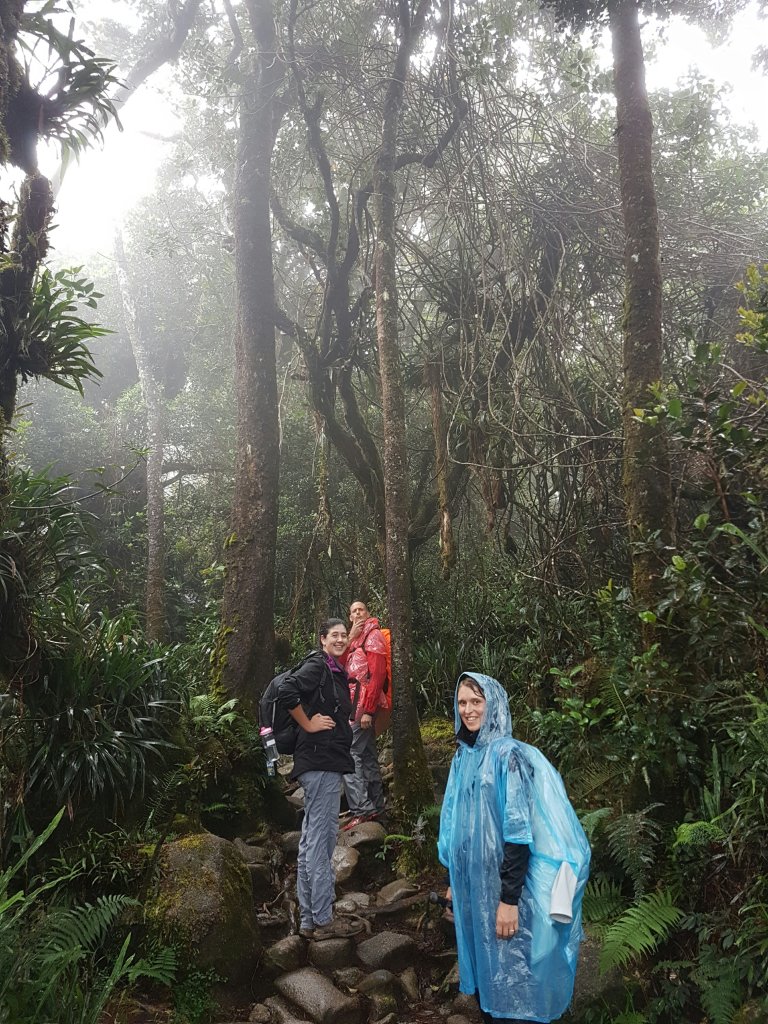 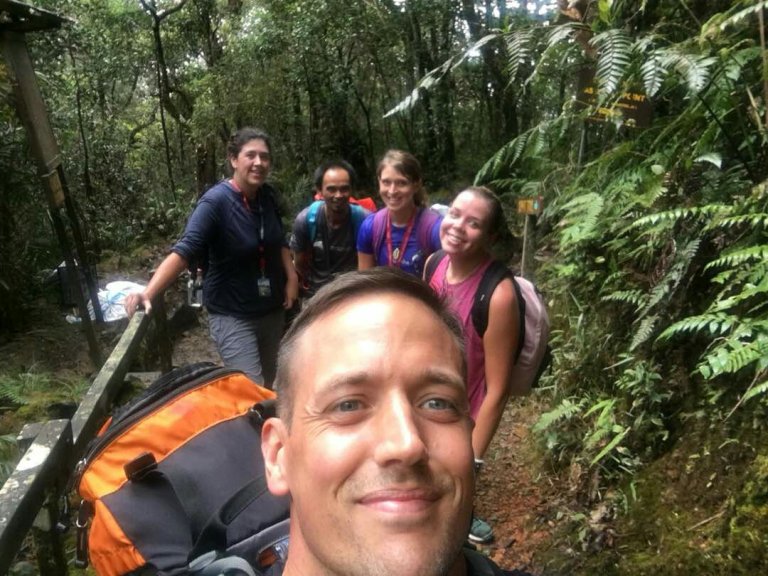 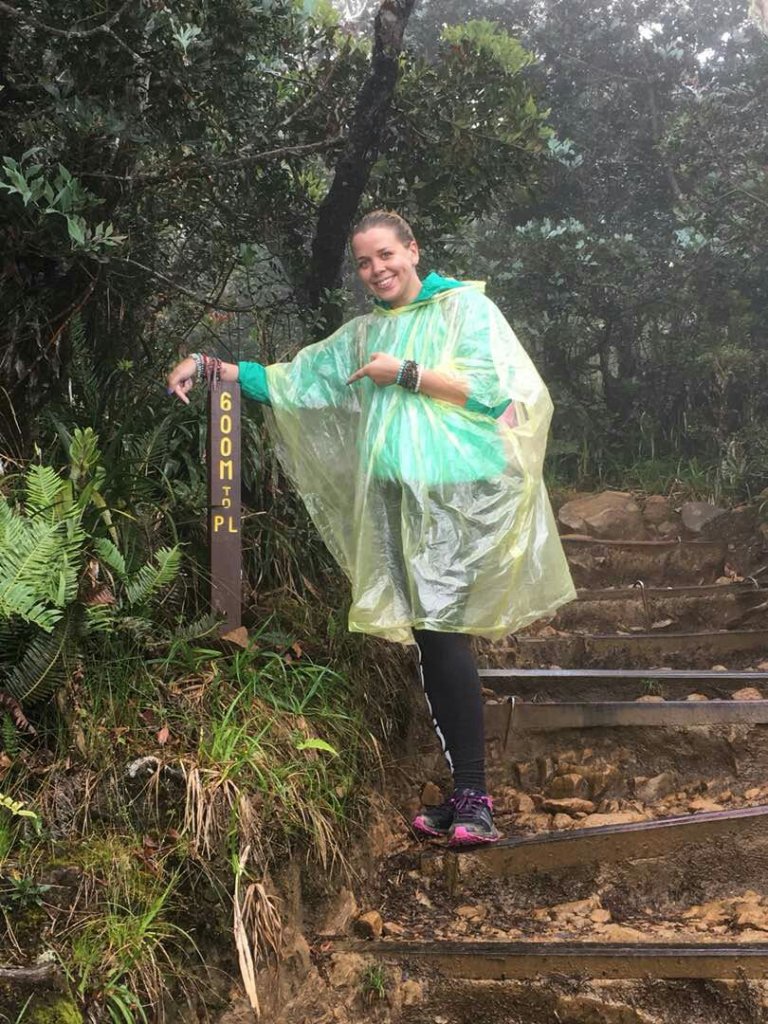 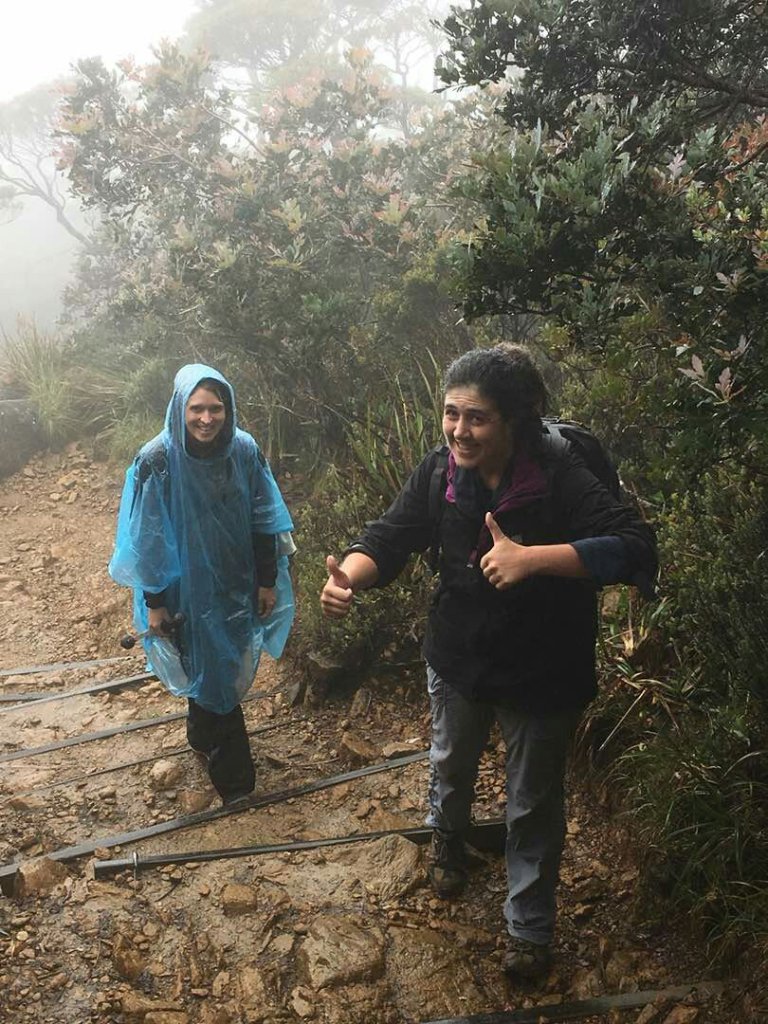 The most interesting thing that happened was when a squirrel jumped onto me as I was just chilling having a rest. Every time you stop a gang of them appear out of nowhere. Clearly they are used to being fed. They have no fear, they will climb on you and they’re very similar to rats.

That night it was lights out at 8pm because we had to get up at 1.50am. I don’t really sleep any more and spent the night listening to music and reading blogs about the Via Ferrata. I was basically climbing the highest mountain in Malaysia on 12 weeks of sleep deprivation. In the “morning” none of our wet clothes had dried from the day before so we made the best of what we had and left to climb to the summit at 2.30am. We were ready!

This was the most mentally challenging part of the day for me. When I climb I like to know where I’m going, what I’m aiming for, how far away it is and I like to look around at what’s around me and appreciate the scenery. Climbing in the dark takes all of that away. I suddenly couldn’t get into the right mental focus and I was really tired. I felt unable to focus on why I was climbing because of the amount of other things in my brain. I worried that I had lost the physical and mental ability to climb. Then, because of the steep elevation I suddenly got altitude sickness. I forgot about altitude sickness but as soon as it hit the Lares Trek came rushing back to me. The last km or so to the summit I was heaving, dizzy and had to keep sitting down. At one point I looked up at the stars and thought about how sad I was and how far away from Jerry I was at that moment. Then I gave myself a pep talk, which I have had to do a lot. I told myself “This is not the most ill you have felt, this is not the most tired you have been, this is not about Jerry or what has happened. This is about you climbing a mountain and you have already proved yourself to be mentally stronger than most people so just get on with it.” So I did just get on with it and arrived at the summit around 5.30am. Here’s the view : 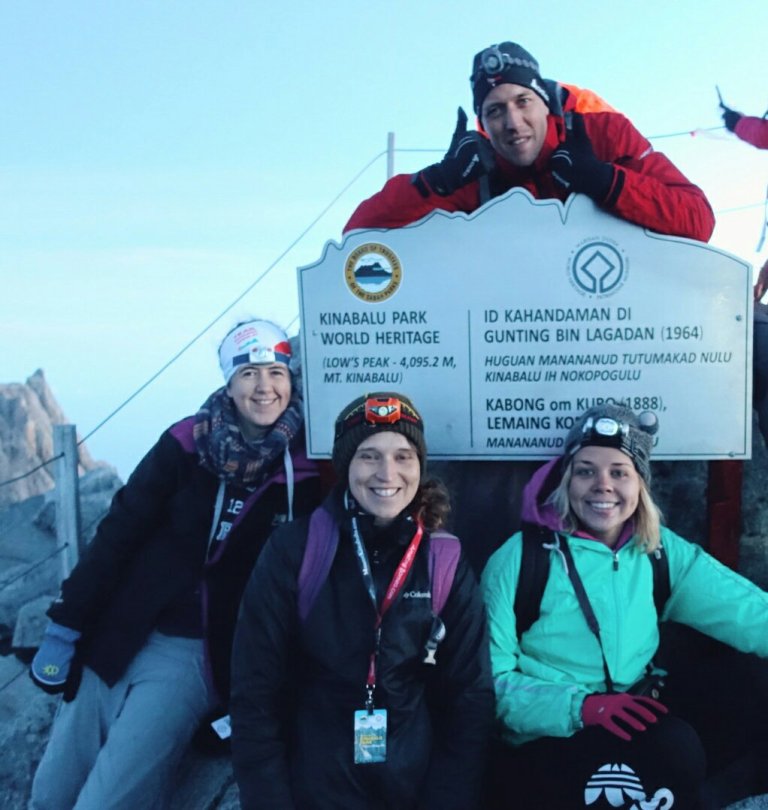 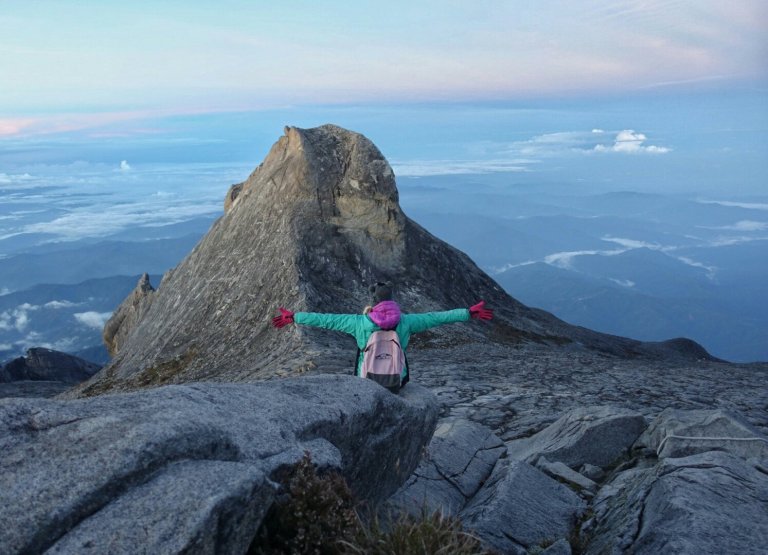 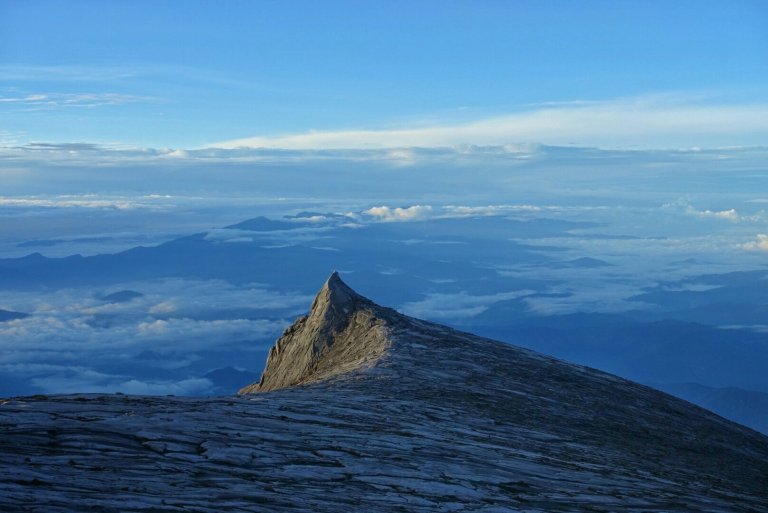 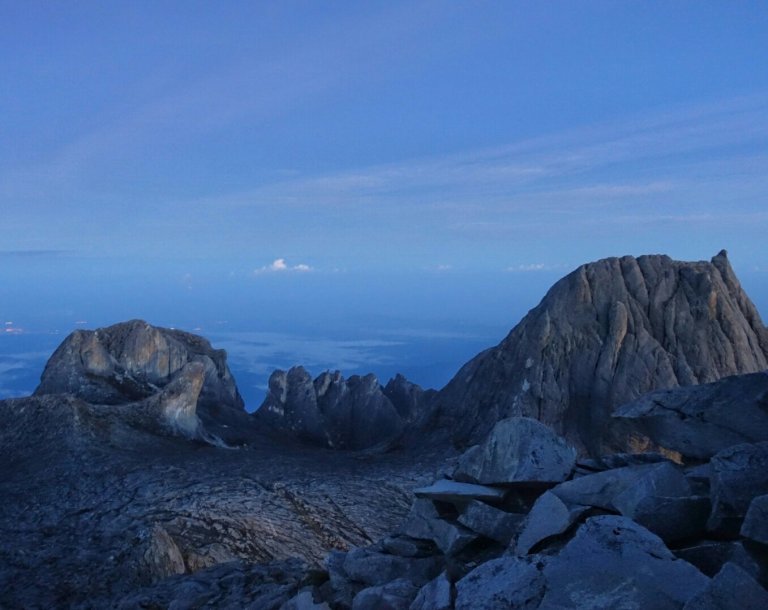 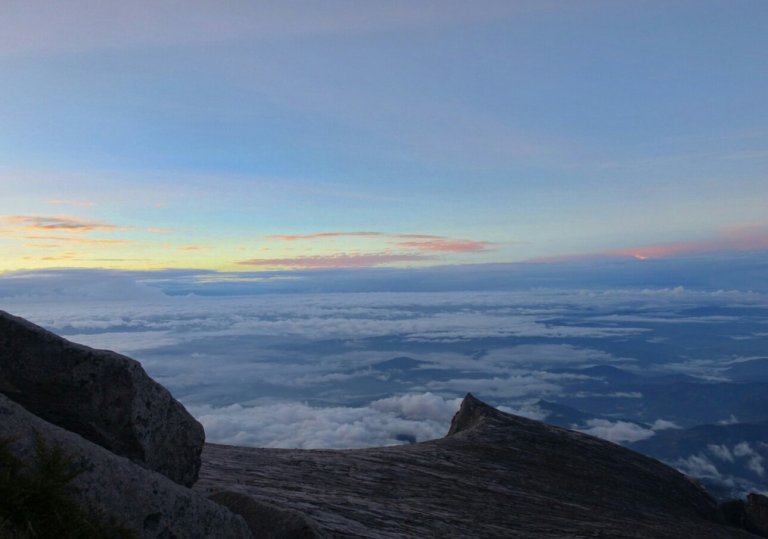 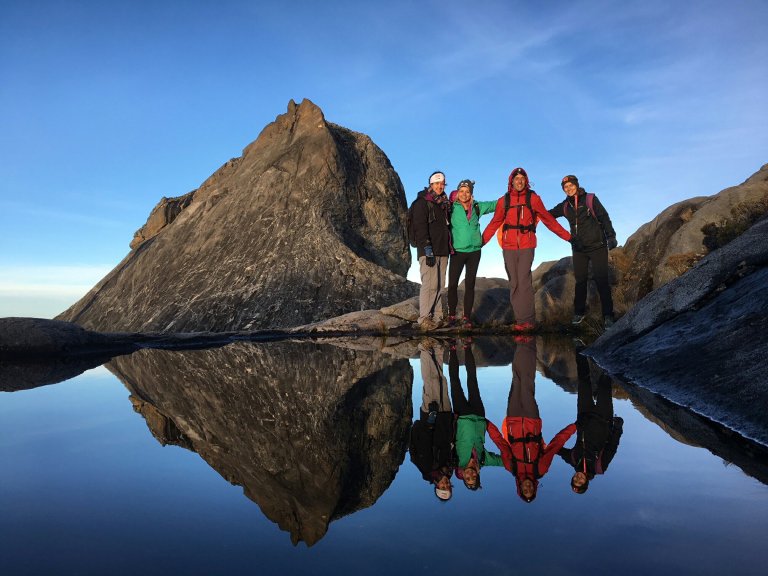 It was stunning, also cold. How great is that reflection?!

At around 7.30 we arrived at the starting point for the Via Ferrata. Now I’m not scared of heights but I also never feel fear until the thing is literally about to happen. Jen was showing signs of anxiety (crying- sorry Jen) and I was feeling nothing. However then we had to abseil along a vertical cliff face as the introductory part of the course and suddenly I was like “umm not sure about the leaning backwards part guys”. Andi tried a pep talk “it’s just like hanging off the climbing wall and you love that and that doesn’t even have a rope.” 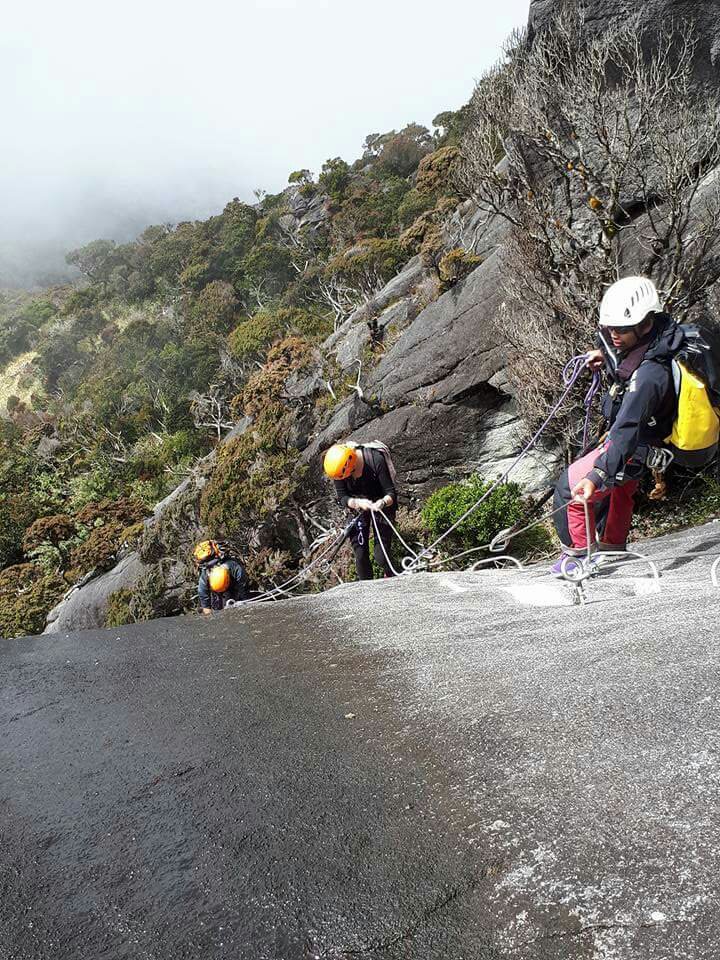 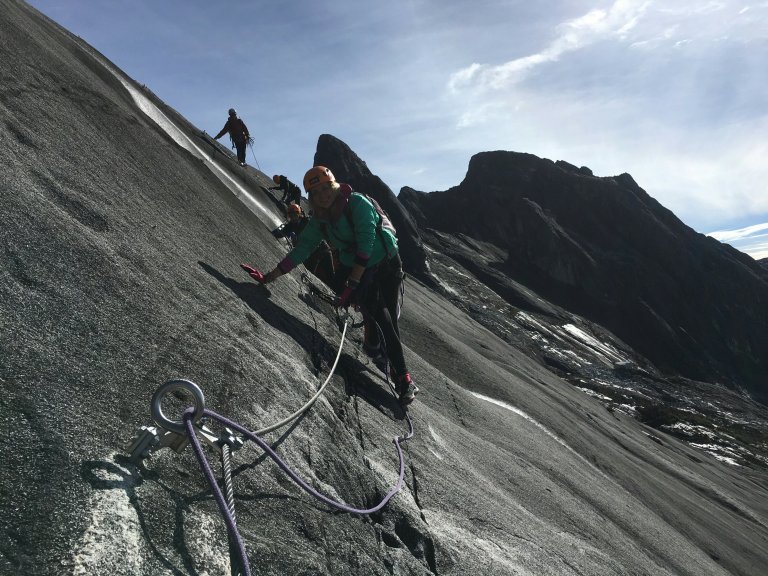 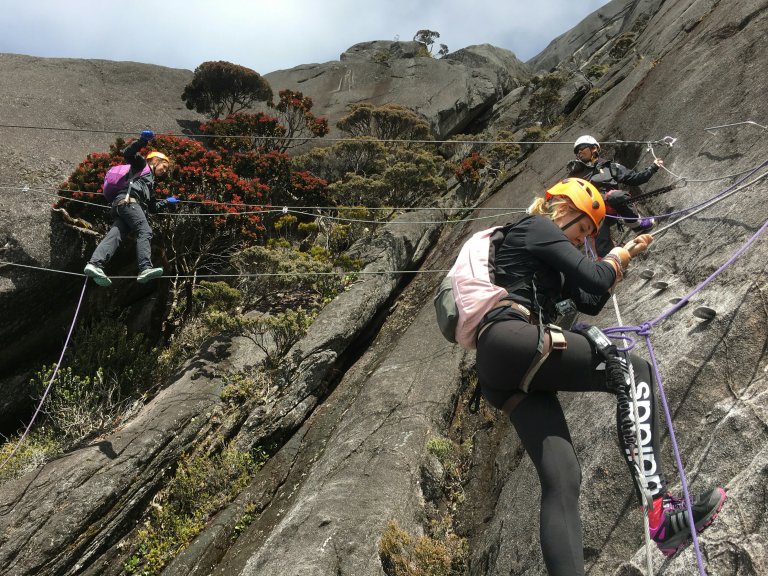 Not the same activity. Anyway after the wise words of “trust the rope” from the guide I did so and then I was loving life. The height didn’t register as being scary at all, the thing that concerned me was whether the safety equipment was actually safe. I don’t trust anything that is outside of my control anymore.

The course consisted of abseiling, climbing up rocks, wire bridges and lots of ladders. It was physically pretty exhausting. We completed it in just under 4 hours so we were really proud because that was in the “very fit” category of the briefing. Apparently the longest time taken was 13 hours! If you’re even a little bit scared of heights it would be traumatic because you have to unclip and reclip the carabiner lots of times which leaves you exposed.

It was such a great experience, good team building, really rewarding and a fantastic way to see the views. We were really lucky with the weather and we had a funny, light hearted guide who was very patient. 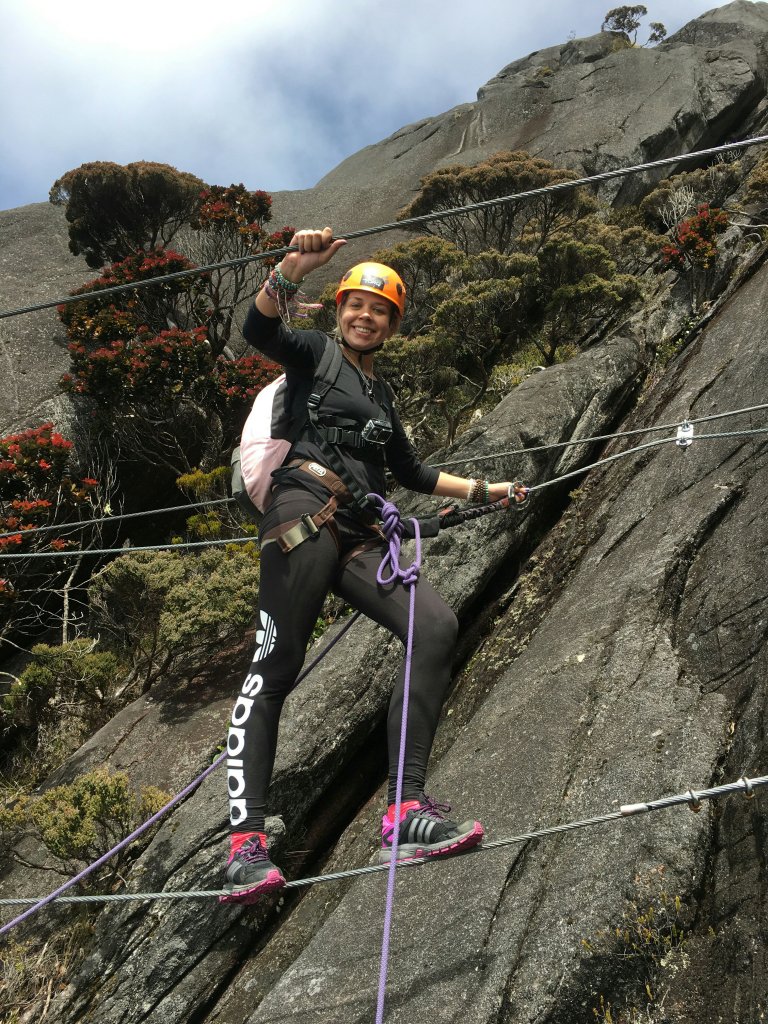 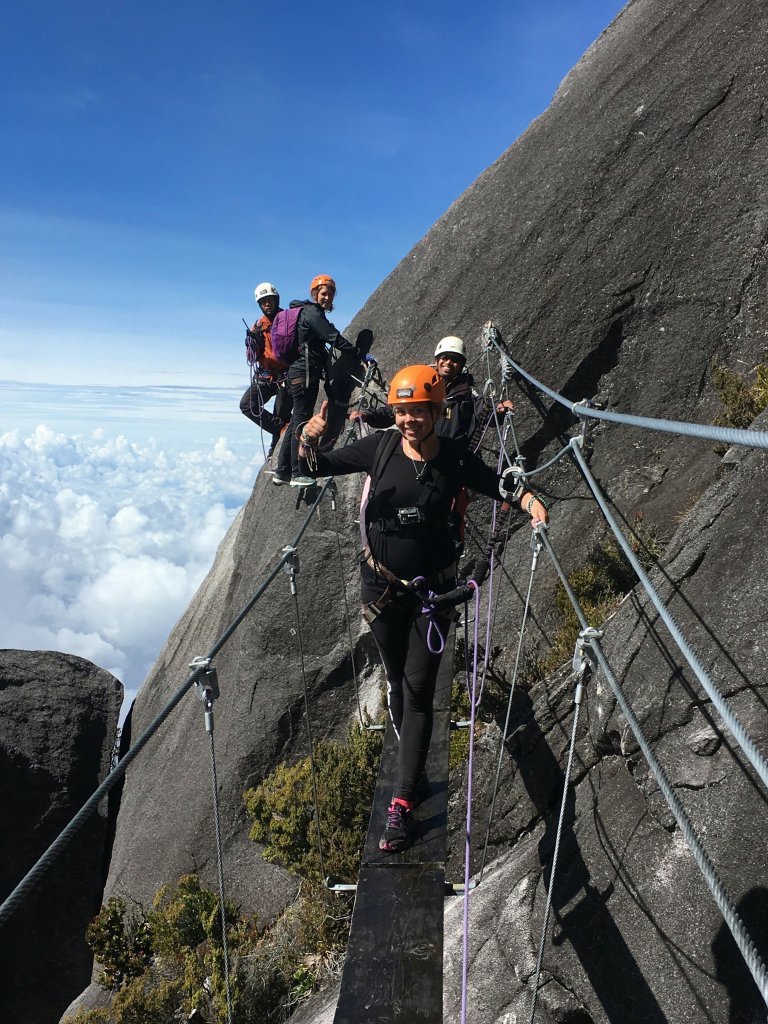 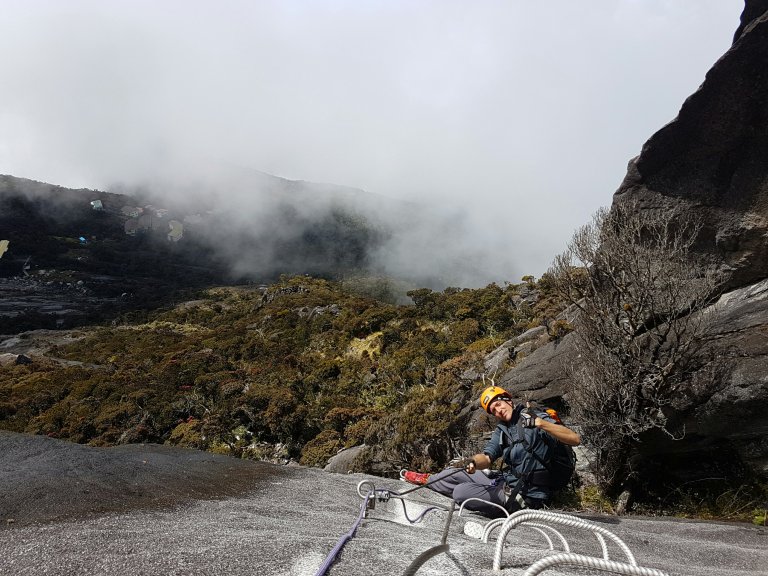 After returning to the mountain hut to be honest we were all ready for a rest. It’s a very, very long day and a word of advice would be not to descend the maintain in the same day as the ascent and Via Ferrata. The sun and wind had been blasting us, we were tired, we had experienced adrenalin rush galore and were now on a slight come down. The hut provided toast, beans, peanut butter and jam which wasn’t really what we wanted.

The descent was a tough time. Physically it really wouldn’t have been if we weren’t so tired. It was also raining pretty hard and we had injuries. Our pace was snail like, but we remained in good spirits. 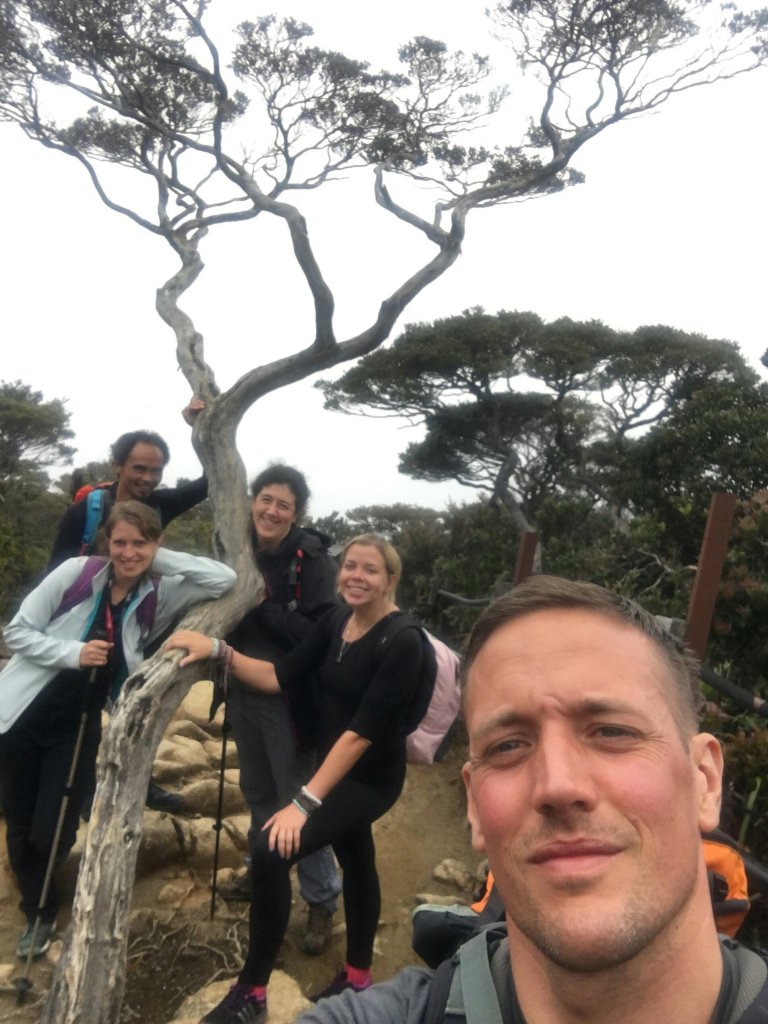 Here we are by a cool tree.

We finally arrived back at the bottom of the mountain at 6pm. Just a casual 16 hours of climbing later. We were broken people but we got two cool certificates. So there we have it. 12 weeks later I have climbed the highest mountain in Malaysia with 3 wonderful friends. I’ll never forget lots and lots of horrific moments from the past 12 weeks but one of the worst for me was when I couldn’t move anything in the ambulance and they told me I might be paralysed. I’m very grateful for how fast and how miraculously I’ve healed physically. Mental stability is a work in progress but it feels good to have achieved something personal and to have enjoyed something for the first time in 3 months. I’d recommend Kinabalu to anyone who loves hiking, it’s not tough if you like to hike it’s just long and you get all the weathers and all the terrains. Do the Via Ferrata if you’re an adrenalin junkie but be aware it’s quite long and physically demanding! 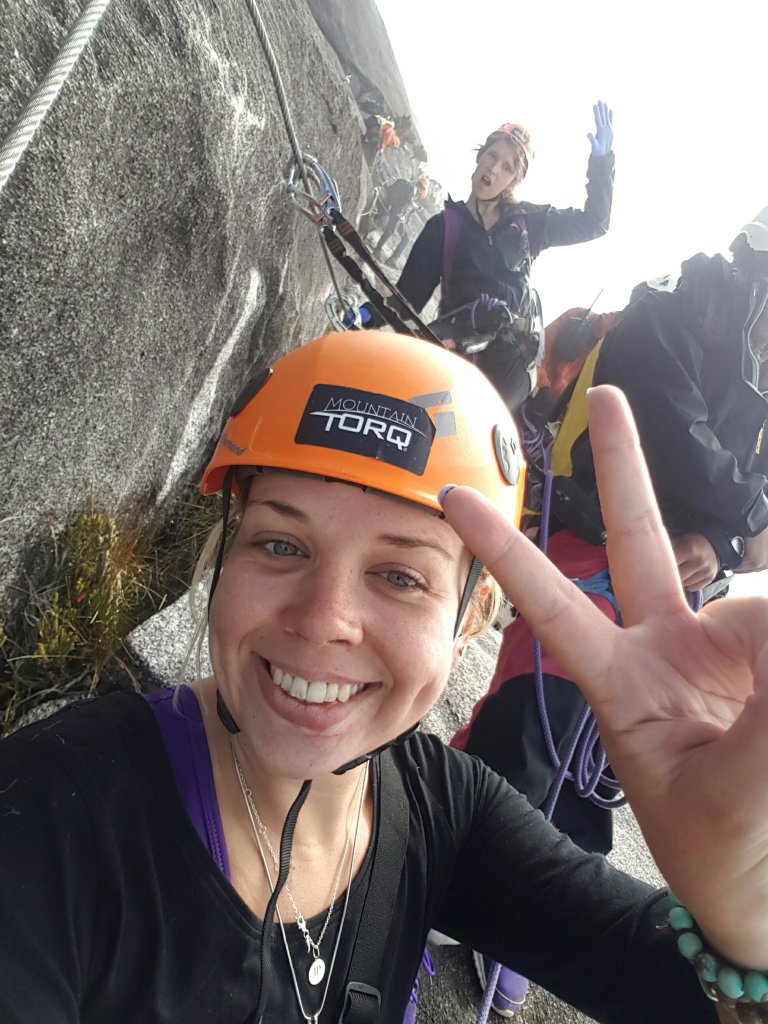