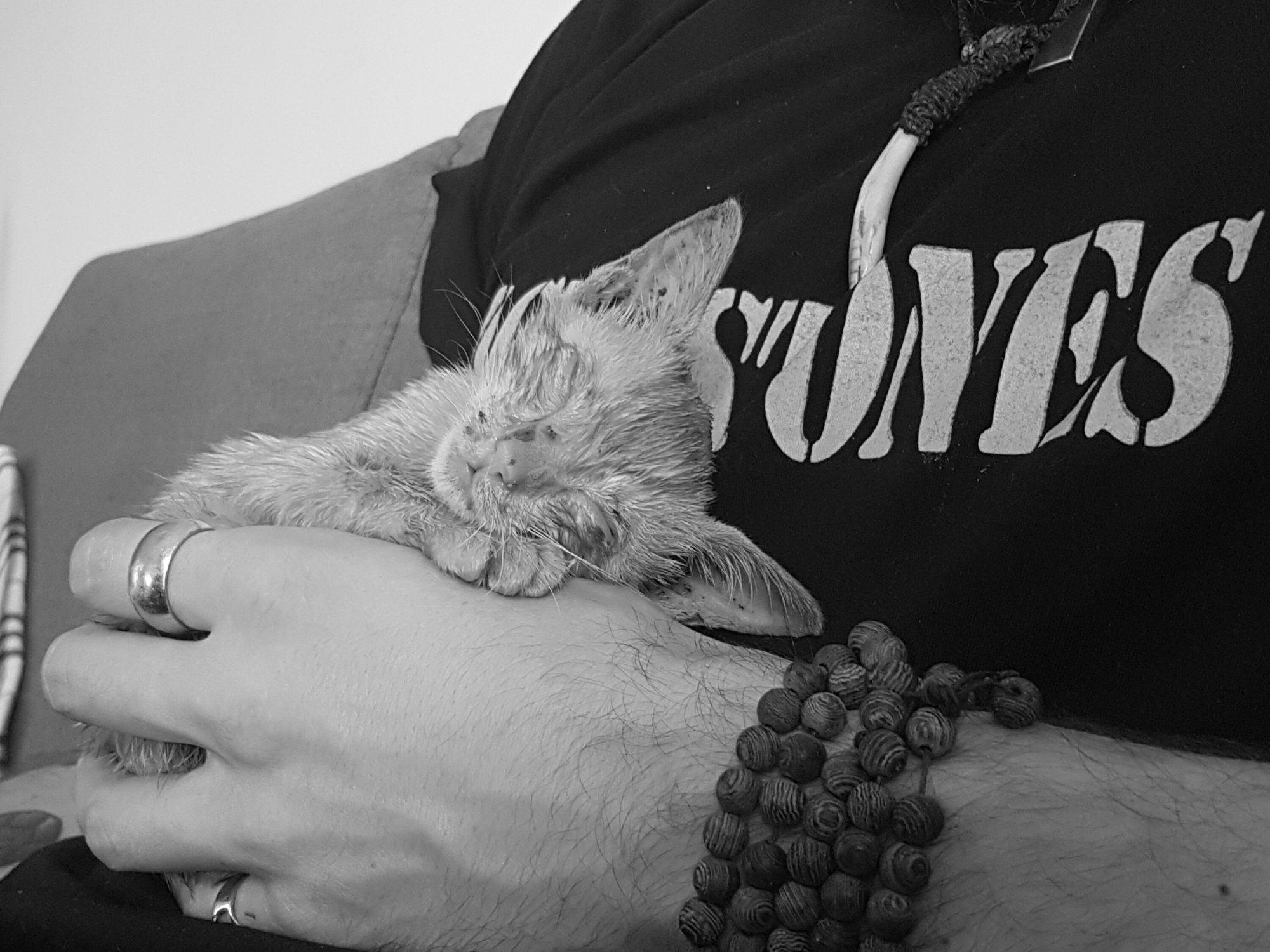 Straight after the Perhentian Islands I flew to Ho Chi Minh City for the FOBISIA teachers’ conference 2017. It was actually quite interesting and mostly based around mindfulness in the classroom- something that does really interest me! The first evening we went to an awkward “wine meet and greet” where Beth and I mostly spent our time drinking alone in a corner.

I’m just not into networking. The next day we went to the conference, which had the most irritating sign up system ever, acted professional and then at night…VESPA TOUR!

The tour was a lot of fun and I would recommend it to anyone who wants to see HCMC and who isn’t scared of traffic. We went to three Vietnamese restaurants and at each one I ate very little due to my meat and fish issues. However I heard the food was amazing. We ended up in a rock bar where the most bizarre sexual dancers were performing and there was free gin. 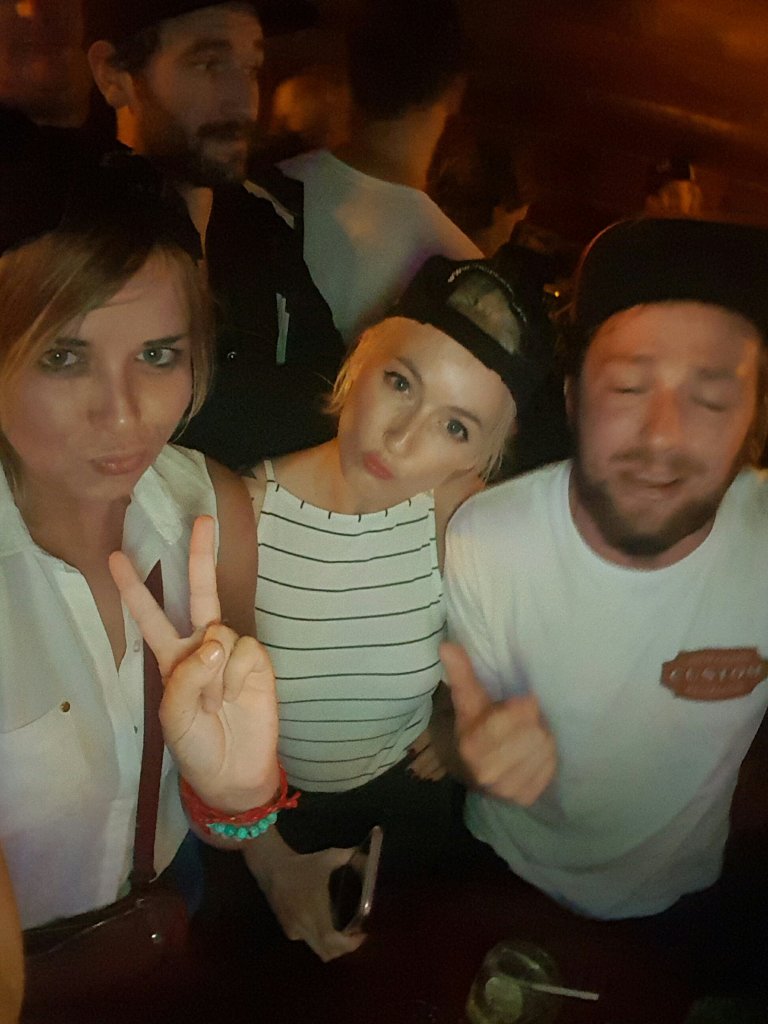 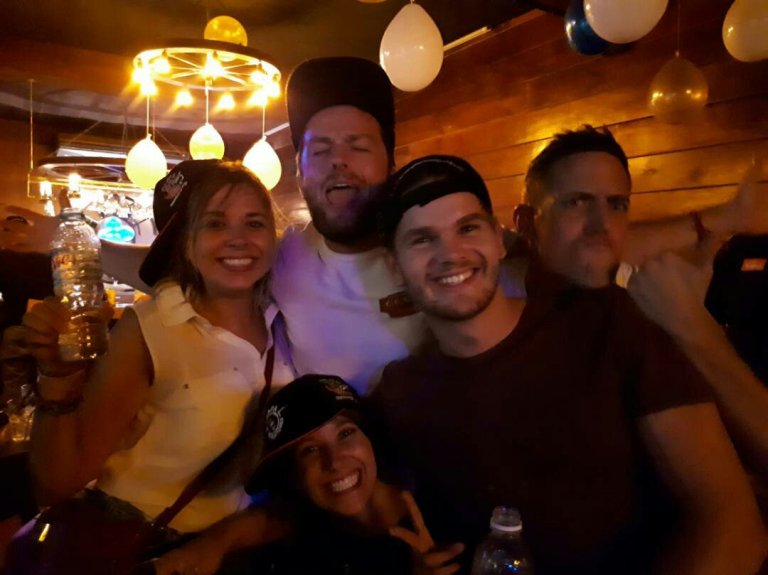 There were strange men wearing sunglasses performing a dance so naturally we got involved although it’s the most awkward photo of me. 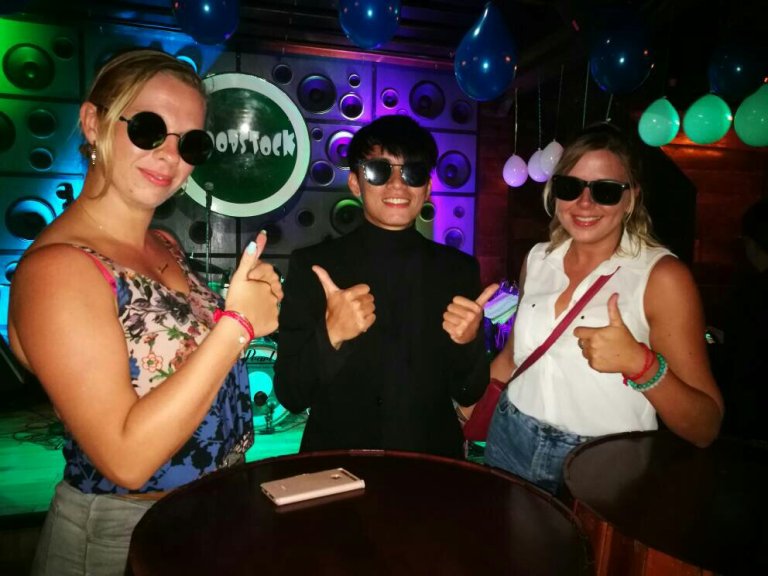 As you can see from some of the photos we all got free caps which was an absolute highlight. Tom, Beth and I unwittingly managed to get ourselves involved in an ex couple drama between two teachers who were on the conference. Beth and I listened to the girl’s life story/ boy problems and Tom got accused of wanting  have sex with her. The night ended with the guy slamming into the lift last minute to stop this sexual prospect from happening (it wasn’t happening the lift was full of people) and we all went to bed with a headache.

The next day we all felt great and had a wonderful day doing teacher things on a Sunday…nah. We felt DREADFUL but the key note speaker Ben Walden was amazing. He was really inspirational, entertaining and well worth getting up for.

He spoke about personality types and we laughed a lot at Jess for being “so green” (smothering and over bearing), Tom for being “red” (bully) and me for being “yellow” (indecisive). After a long day we had a long night back to Penang and back to work on very little sleep.

I went to the Australian Defence Ball even though I’m neither Australian or in the forces. The theme was Bollywood so naturally we ignored it. There was SPARKLING WINE. It ran out.

It was Halloween which in Penang means you have a really long disco which ends up being a community event and children want to have their photo taken  with you all night.

Then we had Halloween part two and dressed up as “cats”. 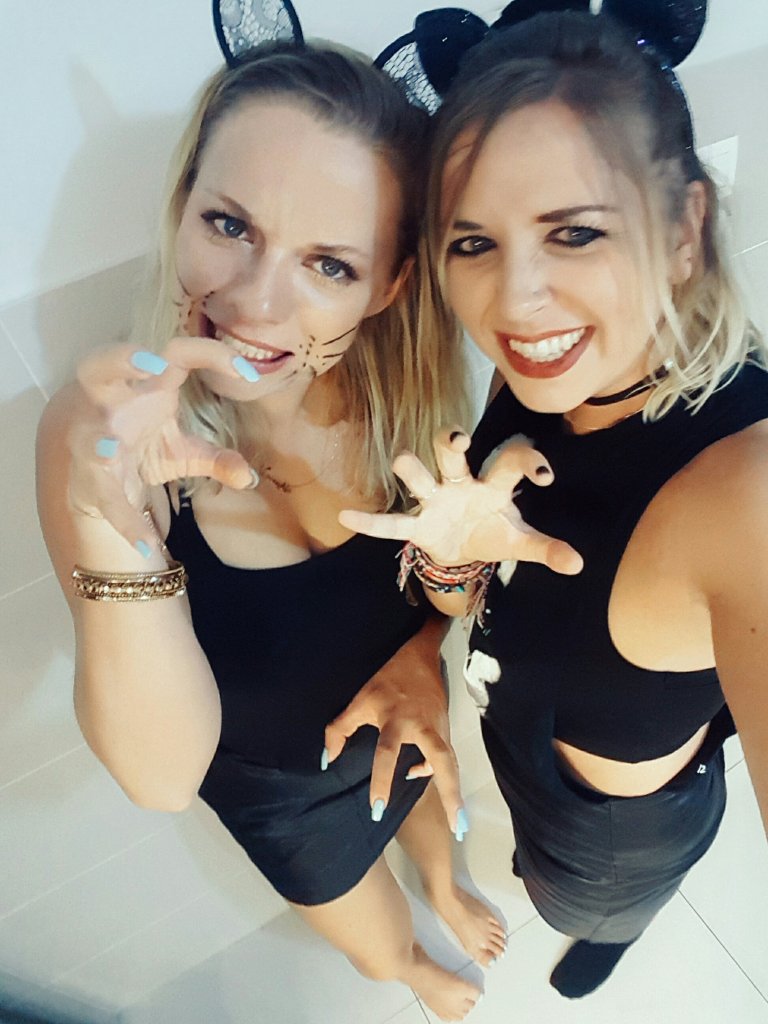 And speaking of cats…this brings me to the main news story! Nova! At the weekend there was a really awful flood and 80% of the island was affected. 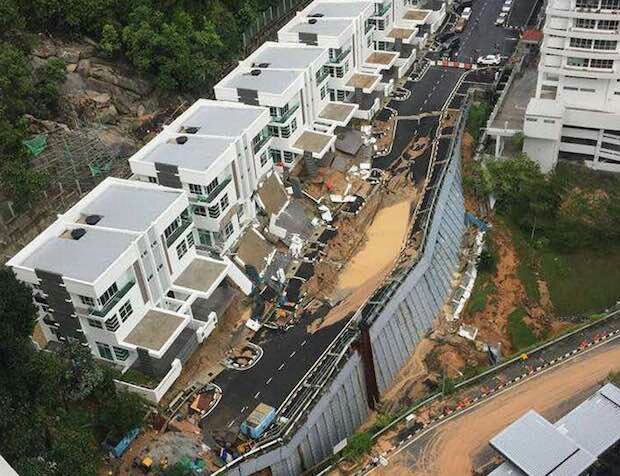 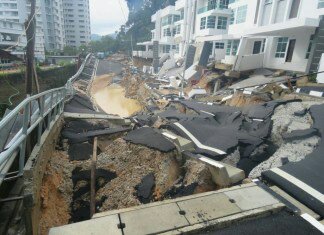 Here is a road in my area. It was bad, 4000 odd people were evacuated and many people’s homes were destroyed.  We all blame climate change and it’s really sad to see how the rain can destroy the island so easily.

On Sunday whilst walking back from the market, which had been underwhelming due to all stalls being closed, I saw the tiniest kitten in a terrible state. She was covered in oil, her eyes were stuck shut, she was meowing and it was heart breaking. I went home to get a towel and picked her up and took her to the vet. The vet confirmed she was between 4 and 6 weeks old and had a bad infection in both eyes. I got anti biotics, took a deep breath and became a cat mother all over again. 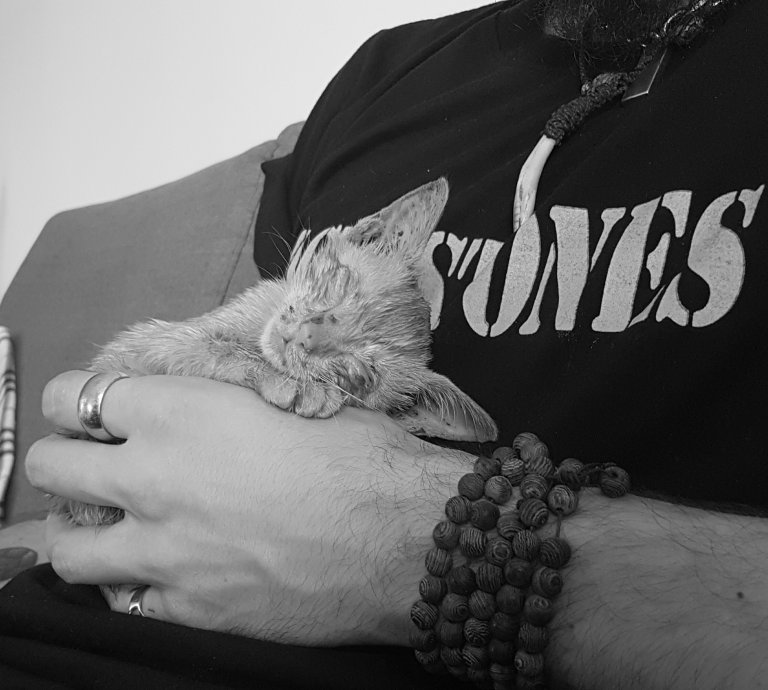 The transformation has been incredible. Nova has gone from being skin and bones with oily fur and a cough to being fluffy, playful and almost normal. On a Sunday we find out about whether she will go blind from the ulcers on her eyes. She’s the best and is definitely loving her new life! Nova and I are very lucky because we have an army of people to help…what’s the saying, it takes a village to raise a baby cat? 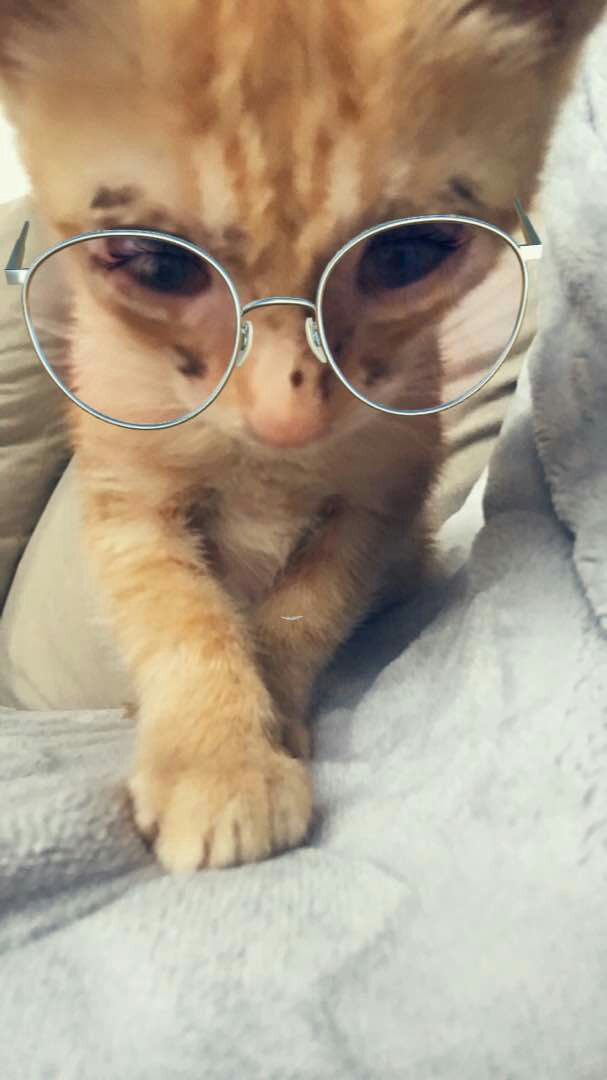 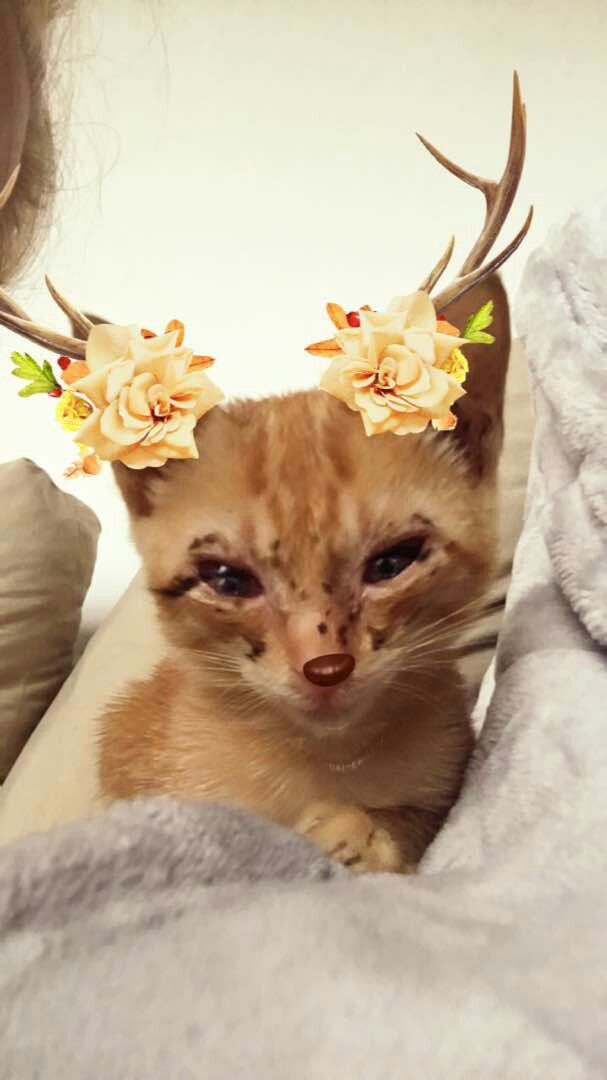 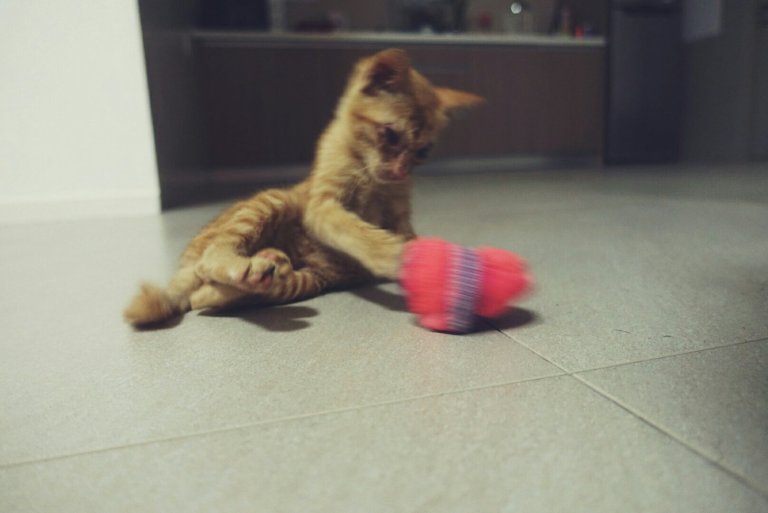 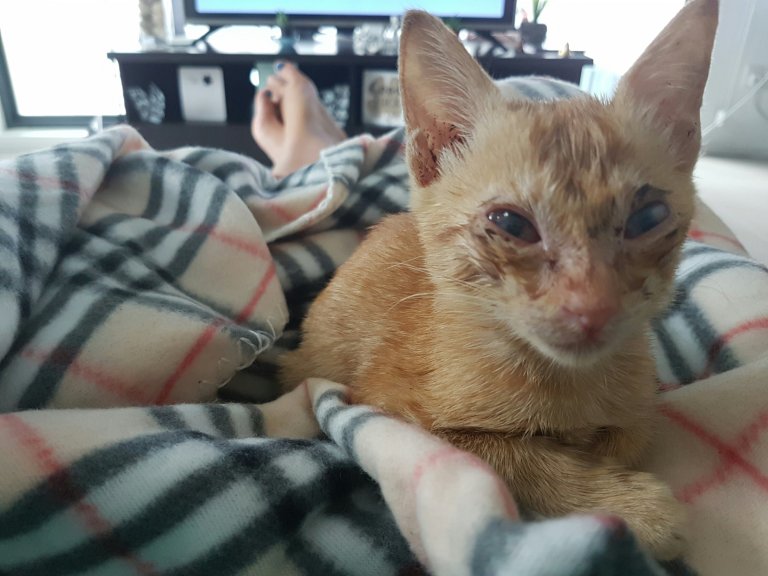 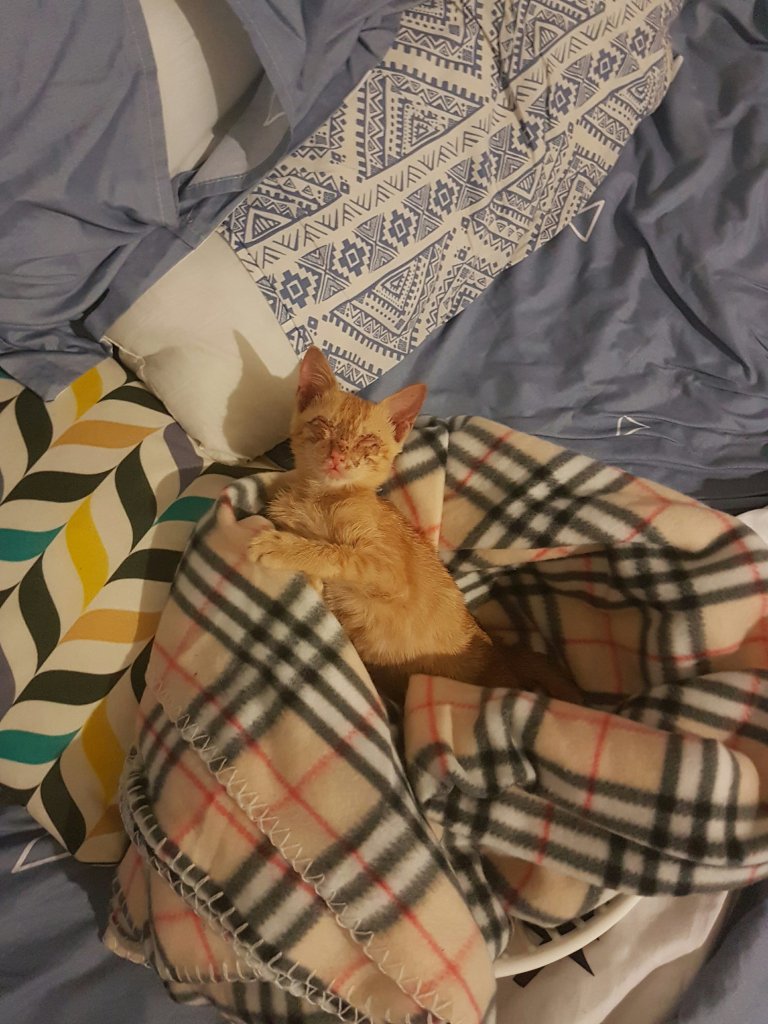 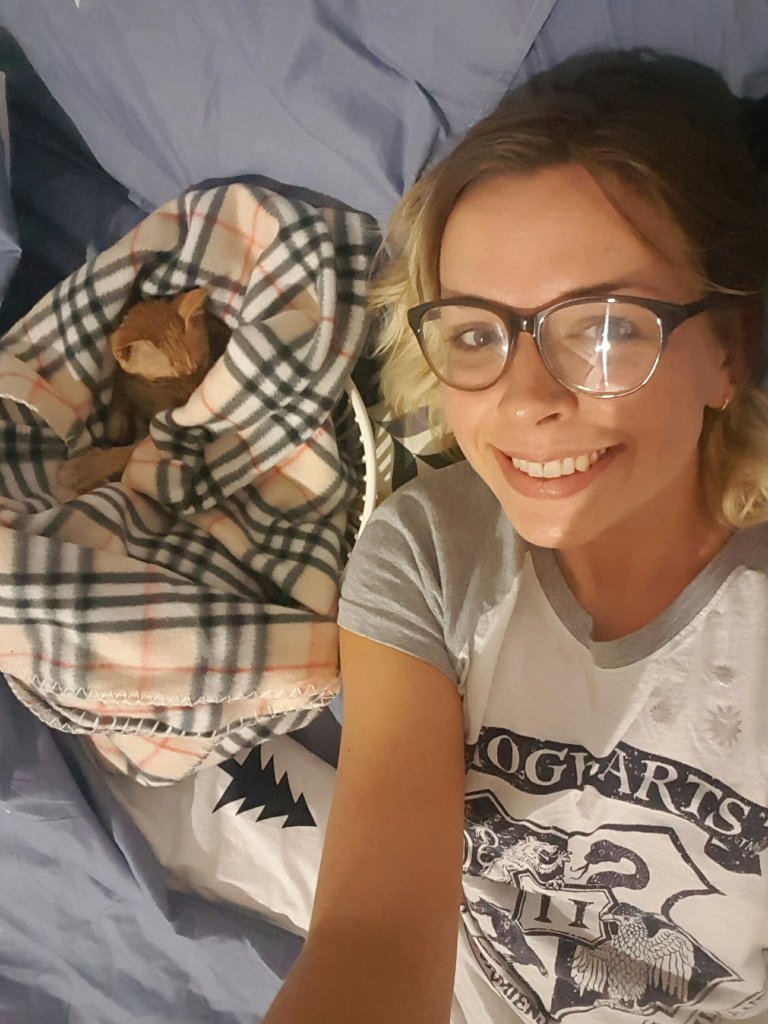 She’s getting cuter every day I promise.  Of course we share our entire lives with the children so love letters about Nova have started.

Over and out for now from Nova and I.

Special shout out to Carolyn and Mike who have a beautiful baby boy Joe. We hung out in Budapest Joe I hope you remember. Congrats guys xo