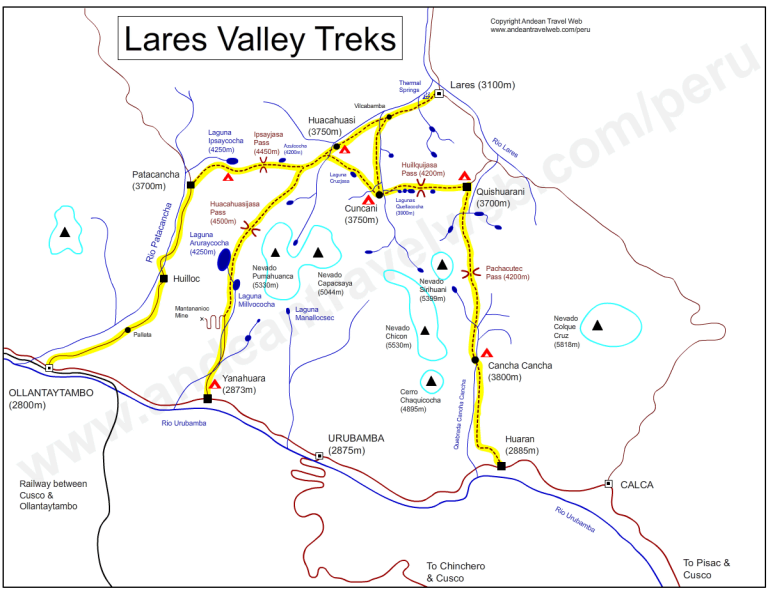 This is a blog post devoted to the Lares trek because it was an eventful three days. The Lares Trek began on Wednesday at 8am, when our hiking group of 17 people were picked up by Sergio, our guide. We had packed some of our stuff into a duffel bag and a day pack and we were ready to trek to 4800m with no dramas. Our first stop off was at a local market where we were advised to buy bread and coca leaves for children we would see along the trek. We visited a “bakery”. I was hungry.  “Oooh I’ll get a pain au chocolat” I said half jokingly. The bakery consisted of a huge garage type space with a mass of bread rolls on a white sheet underneath a car. There was a man roasting guinea pigs in a wood oven. Not really a bakery. Definitely no crossaints.

After this we saw a box of puppies which cost 23 soles each (£5). Then we had to leave the market because we almost had 5 baby dogs on our trek with us.

The Lares Trek is 3 days of hiking and 2 nights of camping. It isn’t that far as hikes go, around 28 miles, but it’s a killer to go uphill at that altitude. The first day was described as ‘a piece of cake’ and it was a casual amble. Eliza and I had a heart to heart on the walk and I tried Rainbow Trout for the first time. We arrived at our campsite at around 5pm and there were Peruvian women selling beer. Life was good.

Some of us gazed wistfully out at the landscape as others became worried about the declining temperature.

Then, it was tea time. We had chefs to make our food on the trek and we were well fed every day. Quinoa was the ingredient of choice. Quinoa can make soup, cake, porridge…anything and everything. Please don’t ever make me eat quinoa again. In Peru the food really isn’t anything to write home about, but hats off to those chefs for cooking up a feast 3 times a day for us.

Night 1 was absolutely freezing. I woke up with a frozen face and desperate for a wee around 3am. At 5 we had to get up. Day 2 is 11 hours of walking. 5 hours of continuous uphill. We were not a merry bunch. Throat infection, S&D, sleep deprivation…there were issues and tears (not from me). Unsurprisingly I had a dodgy stomach but what more can you do other than laugh about it and tell everyone, then start the hike whilst heaving with every step and planning which panoramic toilet spot is the best option. At the first rest spot two people were crying. Lucy, Rachael and I made a lot of jokes about poo and then I laughed so hard I threw up in my mouth. We saw wild chincillas. Life was a party.

The chinchillas are sunbathing in case you need some guidance as to where they are in the above photo.

After 4 hours we stopped for our snack which was exciting for everyone. I had a jurassic park juice carton. The view was pretty awesome. 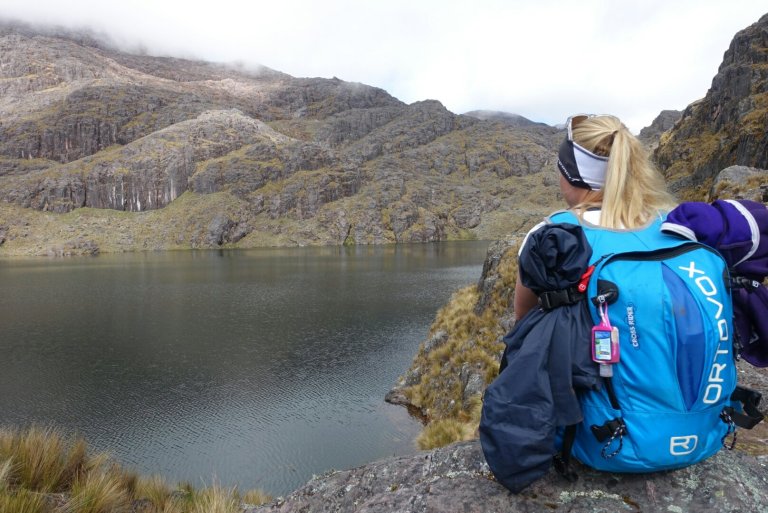 In our group was a Canadian guy called Alan who I found hilarious mostly because his name was Alan and it’s fun to say “Oh Alan.” Anyway we were all eating our snacks and suddenly Alan appeared dripping wet because he had apparently taken a casual dip in the lagoon whilst no one was watching. “Oh Alan.”

We continued on, and it was very steep. I couldn’t get enough oxygen and it felt like the same feeling you get when you’re underwater and you need to get air. I kept panicking and then losing the rhythm of my breathing. Natalie went a bit cuckoo from the altitude and had to take the emergency horse up to the summit. At 4800m we had made it! My phone however had not. It wouldn’t turn on and had condensation in the screen.

The view was pretty great. After celebrating our achievement of being alive we then had to descend into the valley. At one point we stopped off to have a competition to see who could jump over the width of the river. I was just not getting involved myself but couldn’t stop myself from shouting “No Alan!!” really dramatically as Alan launched himself over the river with seemingly little mental preparation. He made it so it was fine. “Oh Alan!” Hats off to Eliza who nailed the jumping as our only female representative in this activity.

After another 4 hours of mostly walking in silence, we arrived at camp 2. There were no beers but I was super cheerful about my tent.

We had the most beautiful camping location with a waterfall and a view down the valley. When it got dark the stars were insane. We had numerous conversations about food such as “What curry would you eat right now?”, “What’s your favourite hot and cold dessert?” and “What’s your favourite part of a Sunday dinner?” We were grateful but underwhelmed by the food. We stayed up till the rebellious time of 8.50pm and then gave up and went to sleep. I was less cold than the night before and slept well but had horrible nightmares. My phone switched back on so that was a relief.

Day 3 began by being woken up at 5.30am from a deep but stressful sleep. We had cake for breakfast that said “best groop ever” on it in icing. We waltzed down the valley (well I did, I was just happy we weren’t going up) to a random stone house where these children were waiting. 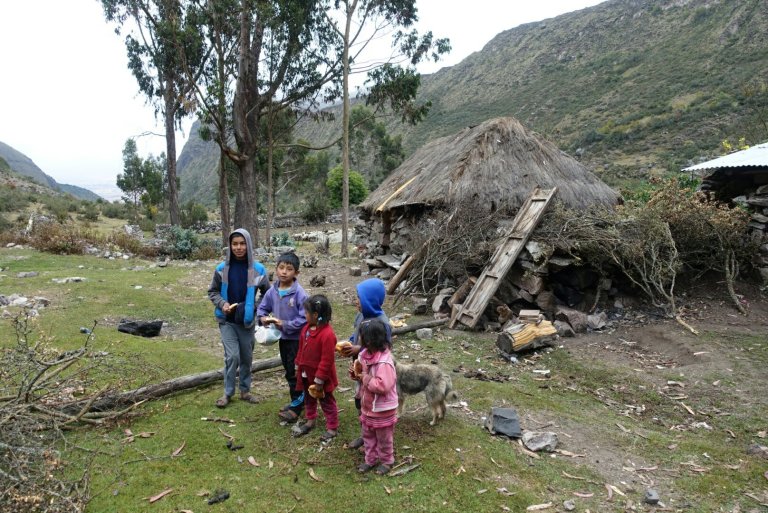 We went inside the house to look at the guinea pigs. This family have a room that they sleep in which is also full of guinea pigs roaming about. There were animals everywhere including this adorable puppy that absolutely loved attention.

There was a shed that was apparently a nursery for local kids, chickens running everywhere and lots of very friendly dogs. It was a strange set up. After a couple more hours of walking we had completed the Lares Trek! We were enthralled, and were enthusiastic to sit on train for an hour and  a half to Machu Picchu town. A very annoying Japanese girl insisted on holding her phone out of the window to film the “scenery” for most of the journey. Her phone was pointing at a bush for most of the time whilst the mountains were on the opposite side of the train. I got told off for not using a coaster for my cup of tea. Fancy train rules.

Tomorrow we travel to the famous Machu Picchu itself for a day of climbing up and down steps and exploring. By the way, Machu Picchu needs to be pronounced correctly. “Machu” means ancient and “Picchu” (Pic-chu) means mountain. “Pichu” means penis. Our guide found this absolutely hilarious. Hehe stupid tourists banter.

Here are some more photos of landscapes and alpacas. An aside- there are so many random dogs on the mountains that just appear from nowhere and follow you for miles before disappearing.  There was even one on the summit. I don’t understand where they come from or where they go. 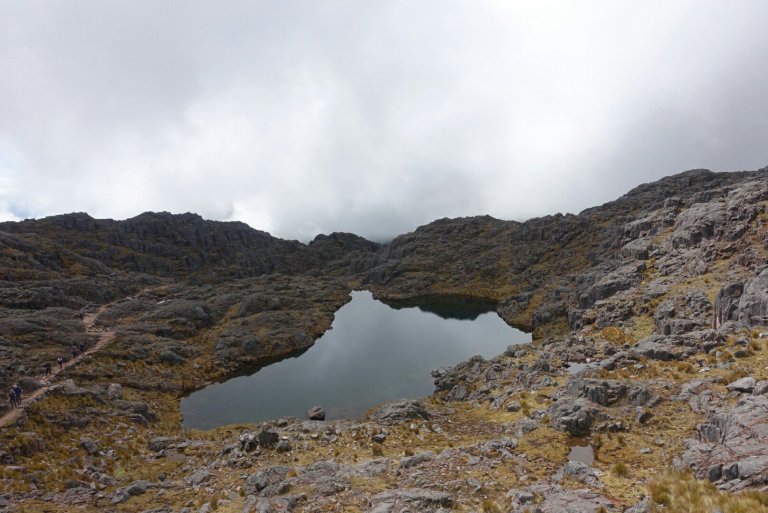 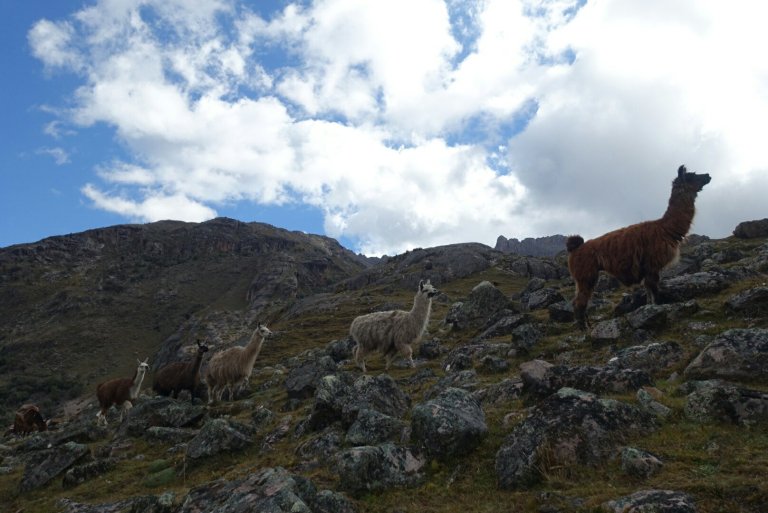 One thought on “Lares Trek.”